The Gas Station LED Canopy/Soffit Luminaire has an extremely thin profile constructed of rugged cast aluminum. It can be surface mounted easily from below the canopy deck and also has the ability to be pendant mounted or hook & cord mounted. Direct imaging of the LEDs is eliminated with a highly efficient patterned flat or 0.91″ (23mm) drop glass lens. 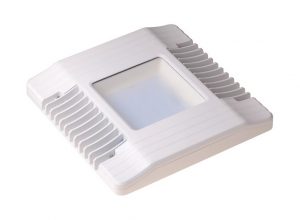 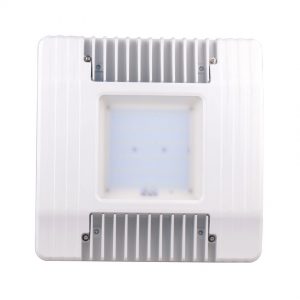 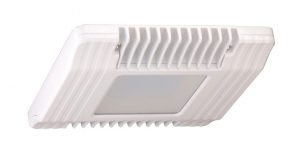